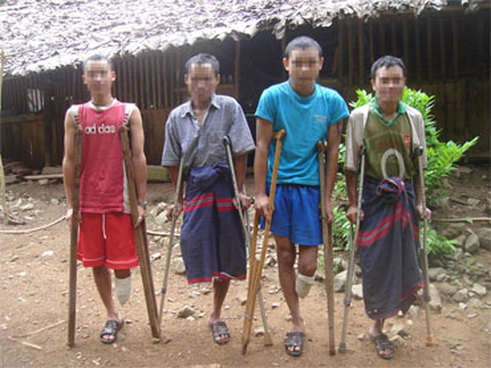 For the better part of the last century, it hasn’t been easy for the Karen. They have experienced many obstacles. They have been suffering and oppressed more than ever. Enduring the longest civil war in history. They have been desperately fighting to keep their lives, their land, their homes, and their future. The spread of the gospel has been hindered by the persecution. Today a brighter future is hoped for as there currently is a ceasefire and a new government in Myanmar as of 2016.
The Karen, an ethnic minority within the country of Myanmar and also of Western Thailand settled these areas about 2000 years ago. The Burmese and also Thai settled Burma and Thailand about 1000 years ago. We are told that the Karen who in their legends and history have stories of a creator God became popular with the British under the British colonization of Burma due to being known as trustable and loyal people. Thus the British placed the Karen in many positions of trust within their government and in the army.
During the invasion of the Japanese the Karen fought against the Japanese on the side of the British. During the period pre war, the British promised the Karen to get their own land after the war, the British failed in fulfilling their promise and departed, leaving the Karen at the mercy of the Burmese who now more then ever viewed the Karen as Christian dogs and enemies of their country. During the 65 years of genocide and persecution experienced at the hands of the Burmese the Karen suffered untold hardships; travel was dangerous, and churches and schools were burned down by the Burmese army. For most, it was a fight just to stay alive and keep from starving. They were forced to be slaves for the Burmese, carrying supplies for days, building dams etc, and even acting as human minesweepers without pay. Their fields, harvests and villages were continuously burned. Their women of all ages were raped, tortured and murdered. Even little children were shot on the spot for no reason at all. The men were either brutally murdered or taken as slaves. Many times they had to endure living in hiding within the mountainous jungles which often served as their fortress. They came to know how to survive from the edibles found in field and forest and often lived on barks and roots, they also came to be knowledgable in the treatment of disease from the things to be found within the stores of nature.
​The Burmese placed land mines to keep the Karen villagers from reentering the looted and burnt down villages and in time the Karen also came to lay land mines in order to keep the feared enemy at bay...today the danger of land mines are a real threat in many areas within Karen State.  And as you travel in the border areas along the Thai Burma border you can not help but notice the many land mine casualties.
​The infra structure in Karen State is almost non existent, there are few Karen schools, the educational system is weak. Medical care is provided by army or back pack medics or small ill equipped clinics trying their best to provide care without supplies and even basic instruments and meds.
Most villages are void of latrines, garbage solutions and water purification. Hungry pigs, dogs and chickens serve to remove some of the unwanted garbage as well as bodily waste. The people suffer from want of education, knowledge of even basic sanitation and hygiene concepts. Yet the Karen are known as a people who take great pride in being clean and it is rare to find even a child who is not taught to not be seen in public in the morning without first having to wash their face and teeth. Baths are taken several times a day and with much vigor in brushing with a brush or even a smooth stone to be found at the rivers edge. Hands are washed before eating though more often than not with just water. The children in the pictures below are dirty, not because their parents do not go to great lengths to do their best in keeping them clean but due to the lack rof basic supplies such as soap...the traditional White dress worn by girls and unmarried women is left looking very dirty just from the lack inning water and basic supplies such as soap and laundry detergent. Mildew is a problem, due to the many months of rain and damp weather each year, during which things mold. 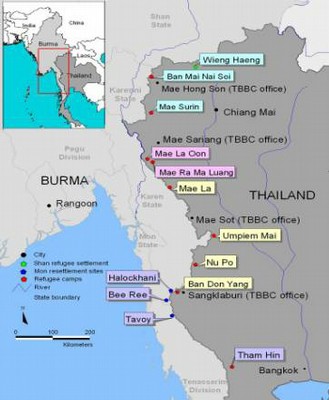 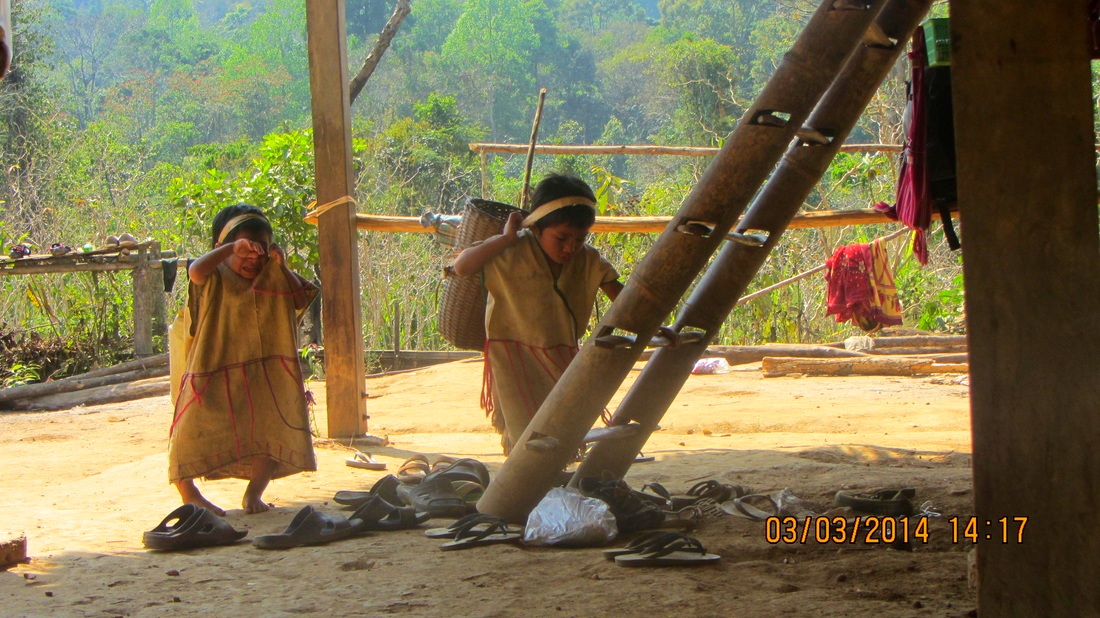 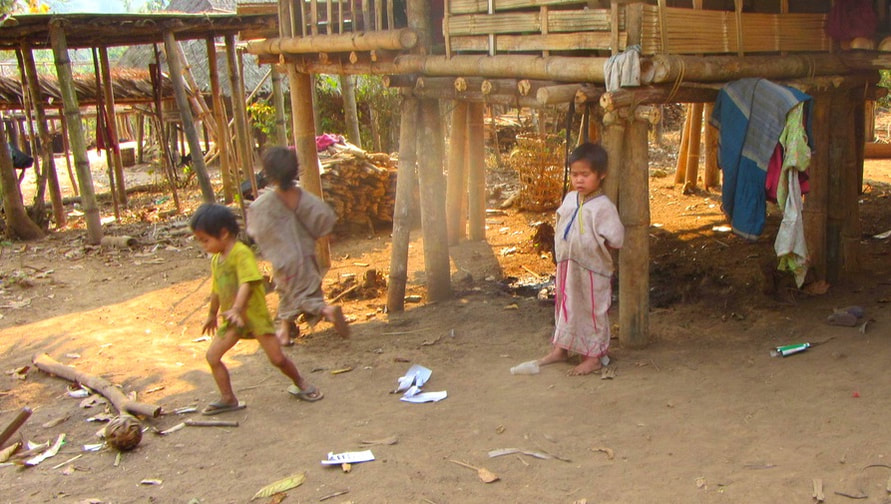 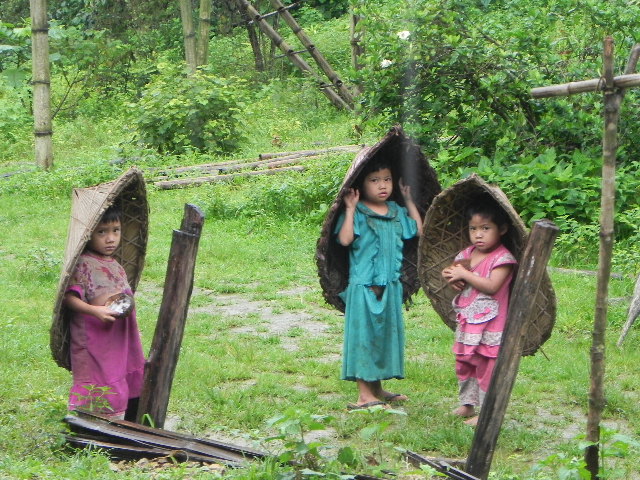 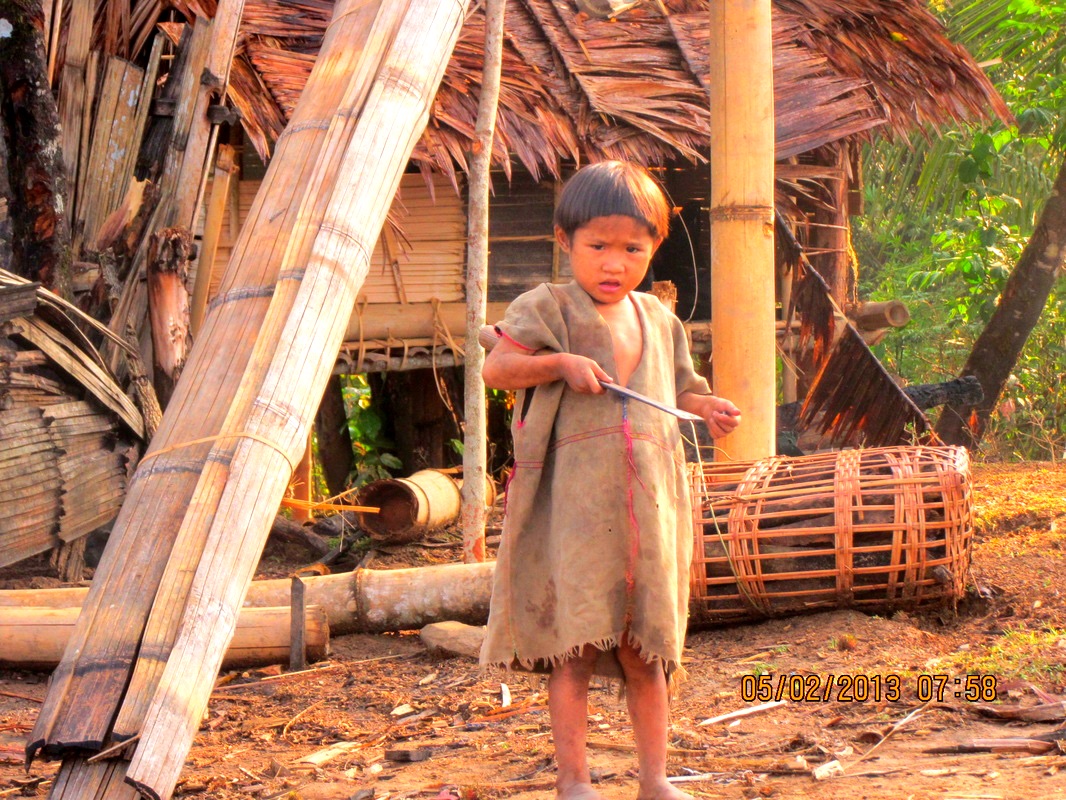 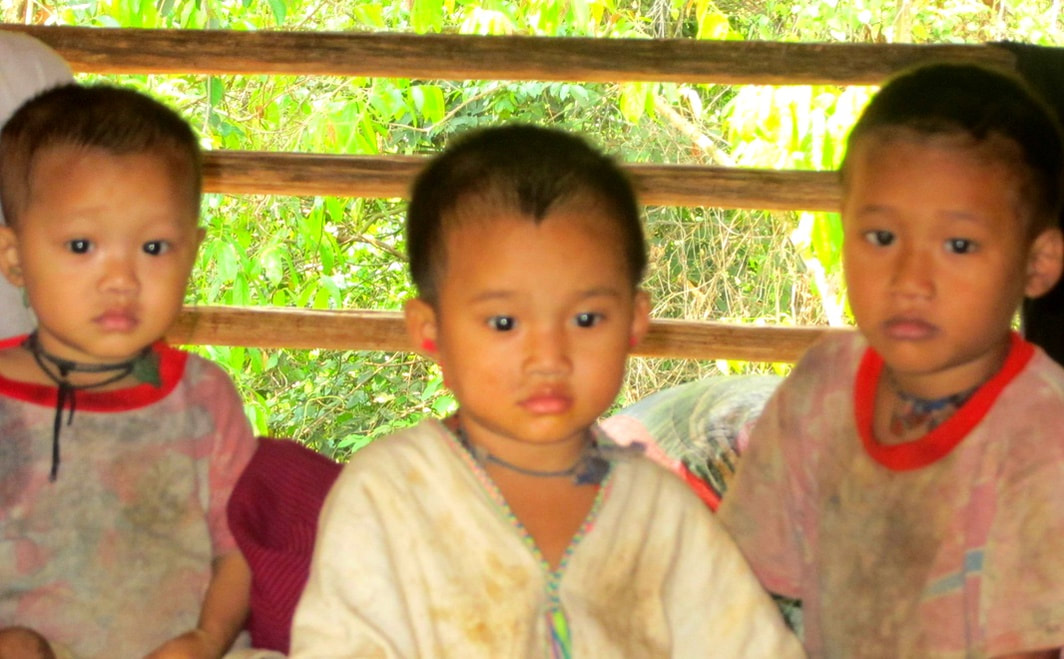 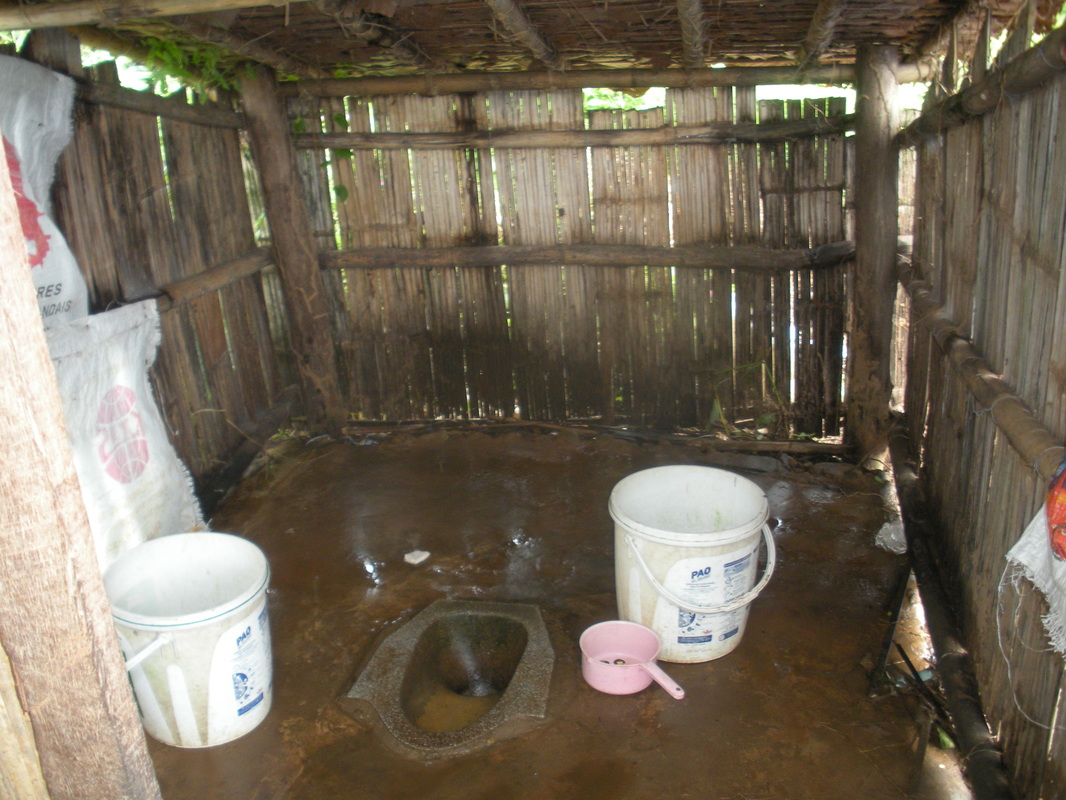 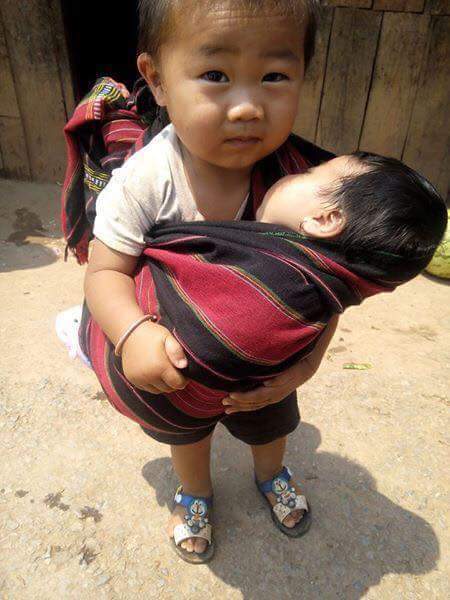 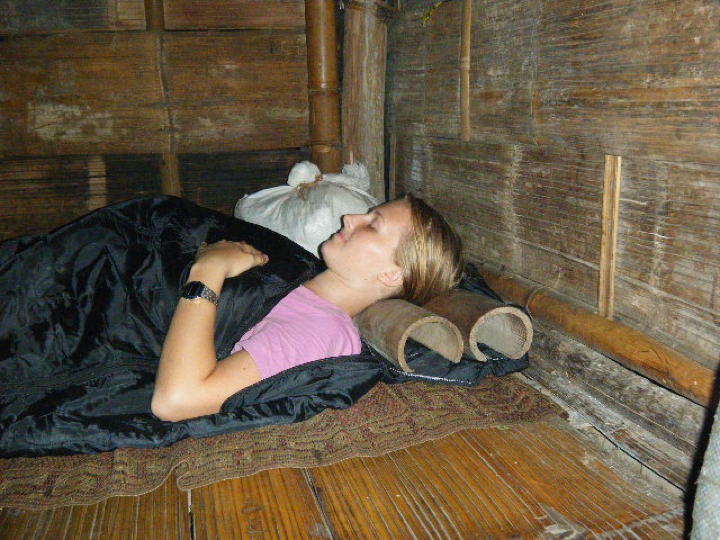 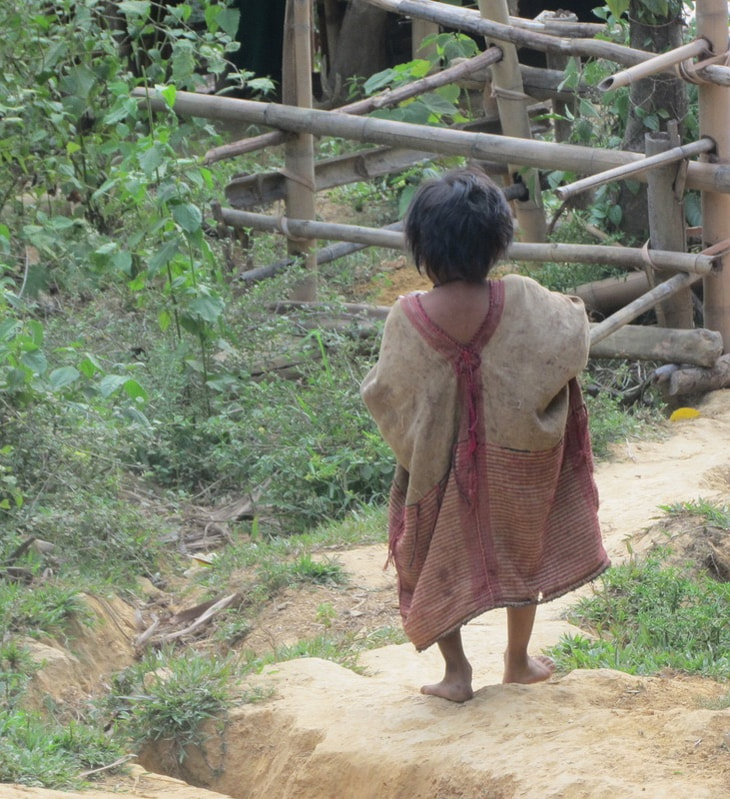 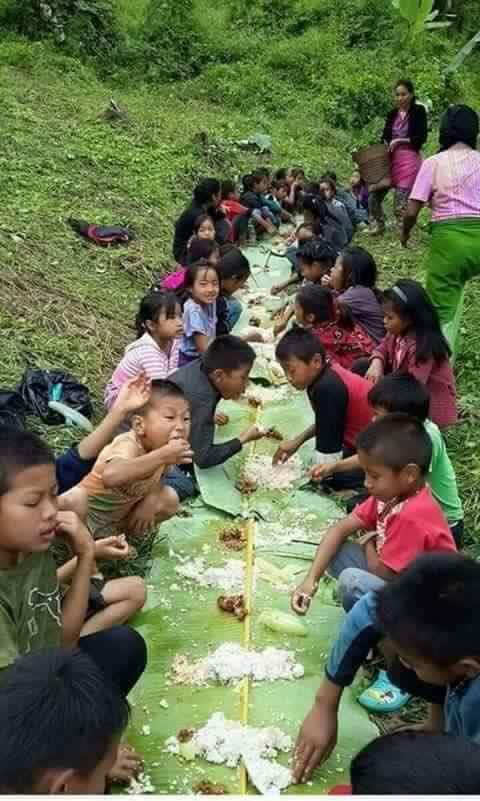 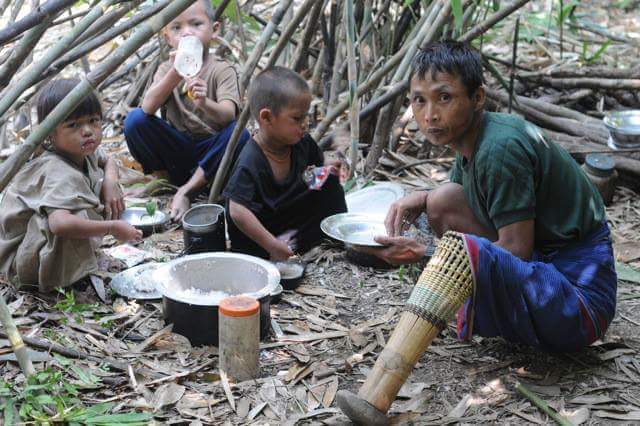