Our Mission and Vision
Isaiah 58

"Who is Karen?", people would ask us, as if "Karen" were the name of someone whom they had not yet met, while recently holding a booth in behalf of Karen Outreach at an ASI convention. It was evident that few have heard about the Karen people. Despite their huge plight and amazing story, they are truly a little-heard of ethnicity. The world as a general have been strangely silent on behalf of their cause, while the Karen have been agonizing to hold their ground during the longest civil war in history, going on 70 years long. One can only speculate as to the reasons of this strange silence. Some helpful facts may or may not include Burma's status as the second largest exporter of heroin and morphine in the world; the Karen land's coveted value of precious metal, gems, gold, and natural resources richly embedded within its borders; Myanmar/ Burma's known hydro power project plans in Karen State, in alias with super powers, such as multi-billion dollar dam projects; Myanmar/ Burma's profitability as a buyer of lethal weapons of warfare, used to suppress and subdue the cries for democracy from the various ethnic groups; and the "hush" that the trade of human trafficking and slave labor mandates in regards to the darker issues within the nation. In the meantime, the Karen need encouragement and advocates.
​

We are Inspired by Eric B. Hare's Missionary Example

Eric B. Hare, a pioneer missionary to the Karen people, lived among the Karen for 20 years until the second world war. His work is quite well-known to those who have read his books. When we first came to Lay Klo Yaw, the little mission school in Karen State, Burma, we saw a sign saying "Made God First" (meaning to say "Make God First") in honor of Eric B. Hare and his life. The sign was inspired from his devotional book "Make God First", which contained some stories from his experiences living among the Karen in Burma. The sign made it obvious that this school also desired to follow his example, making God first.
Way back in October 1915, The Hares, both nurses, arrived in Burma from Australia. First they were asked to live in Yangon in order to study the S'gaw Karen language. Then in May 1916, they moved to the new Karen Mission Station at Kamamaung, Ohn Daw, where Mary Gibbs had already started a dispensary. There, Eric B. Hare became fondly known as "Dr. Rabbit" by his patients. He also opened a school which later became an important training centre, and formed a jungle brass band for preaching in villages. After nearly twenty years of service in Myanmar, he was called to the Sabbath School Department in the Pacific Union Conference, and later in the General Conference. And in that capacity, he traveled widely in America and other countries, speaking at camp meetings and other gatherings. Pastor and Mrs. Hare also contributed to the work in Myanmar through one of their sons, Leonard, who served there for several years after the Second World War.
Below are pictures of the sign, and of some of Eric B. Hare's books. 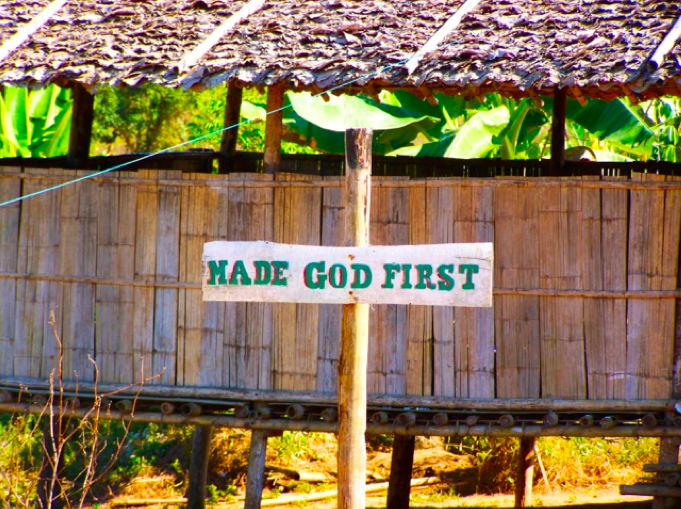 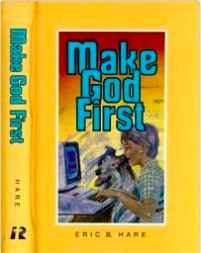